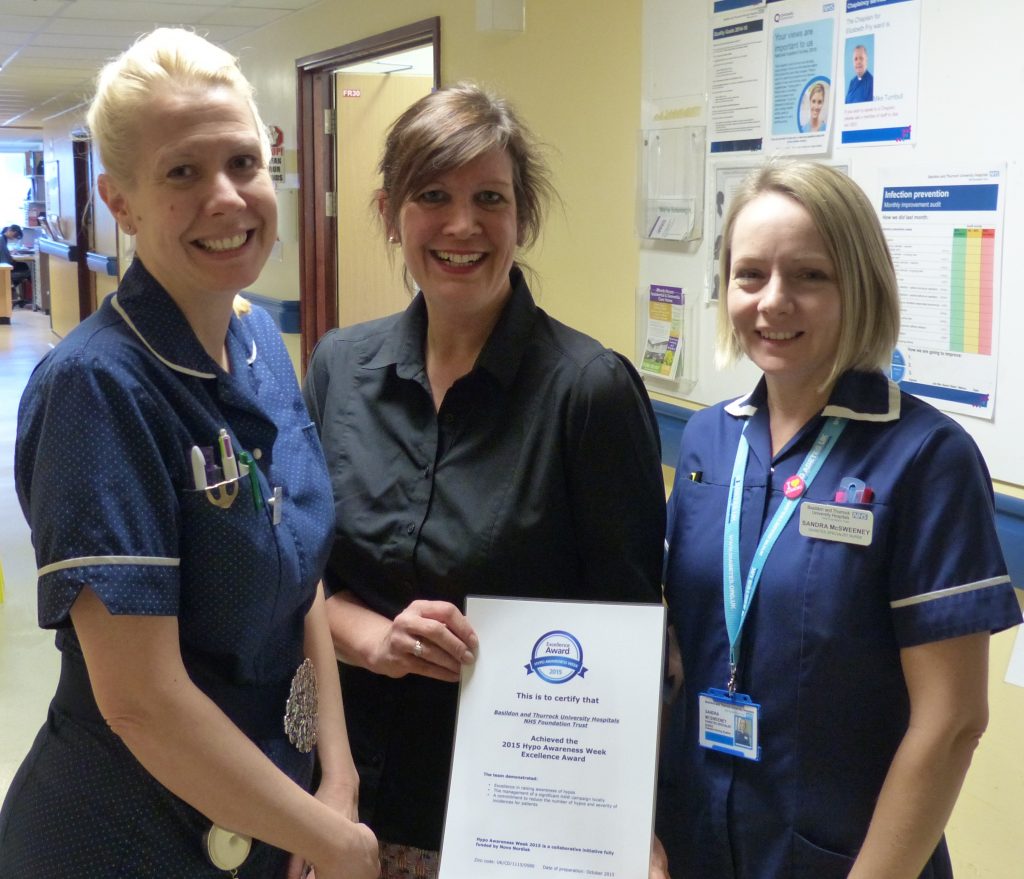 Basildon University Hospital has won a prestigious national award for raising awareness of a complication of diabetes.

The hospital has been presented with the excellence award for “going above and beyond” and demonstrating “remarkable commitment” during Hypo Awareness Week last month.

The Conquest Hospital and Eastbourne District General Hospital diabetes team was highly commended as part of the same prize for their ongoing commitment to the cause.

More than 120 hospitals took part in the campaign, which took place between 5 and 11 October and saw diabetes teams across the country raising awareness of hypoglycaemia. 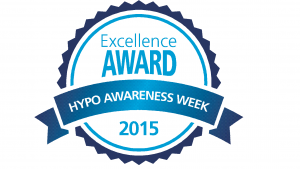 Hypoglycaemic events known as hypos occur when glucose in the blood falls to a low level, and symptoms can include a pounding heart, trembling, hunger, difficulty concentrating and blurred vision.

Nicola Lewis, lead diabetes nurse, said: “We’re absolutely over the moon. The reason why it’s so important is because we were judged by our peers and people who understand diabetes like us. The fact that they thought that what we did during Hypo Awareness Week was commendable is amazing. Winning this award means a lot.”

The judges felt that the Basildon team of five diabetes specialist nurses led an interactive campaign and were impressed with their Hypo Audit and how the team incorporated games with prizes as an incentive to take part. Also, a policy update, targeted teaching and following up with communications were all singled out for praise.

The diabetes nursing team also manned an information stand in the main reception of the hospital during the week.

Diane Sarkar, director of nursing at Basildon and Thurrock University Hospitals, said: “This award is testament to the hard work our diabetes team put into caring for our patients with diabetes, raising awareness of the condition and in particular hypos. I’m pleased they are receiving national recognition for their dedication.”

Excellence award champion Dr Partha Kar said: “This year we launched the award to showcase, promote and reward innovation and excellence during the annual campaign – and Basildon fully demonstrated these qualities in abundance. They excelled in raising awareness of hypoglycaemia during Hypo Awareness Week, going above and beyond and demonstrating a remarkable commitment. Basildon was a worthy winner despite tough competition.”

Fellow judge Simon O’Neill, Director of Health Intelligence and Professional Liaison at Diabetes UK, added: “Congratulations and well deserved. I think it’s great to be able to give awards out like this, as so often nursing teams don’t get the recognition they deserve for all the extra work they put in to really improve care.”

The TALK Hypos campaign was promoted throughout Hypo Awareness Week 2015, which encourages people with diabetes and their health teams to discuss hypoglycaemia, one of the most common complications of diabetes. This year’s TALK Hypos campaign has an increased focus on night-time hypos.