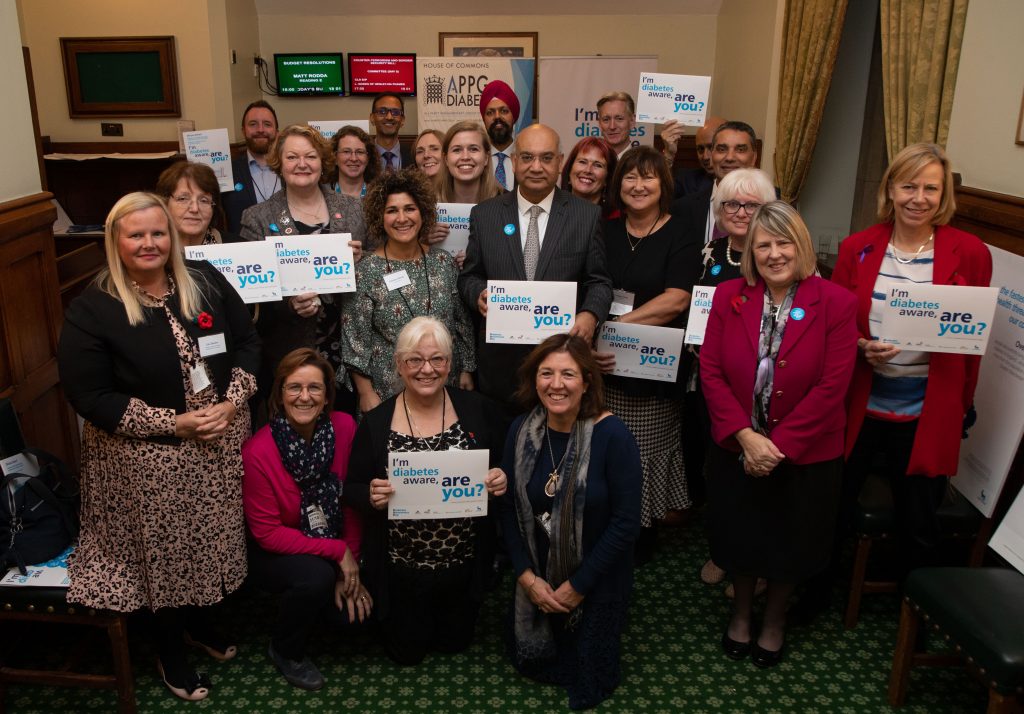 MPs got to see the percentages of people with diabetes receiving all eight care processes by constituency at a special parliamentary meeting. 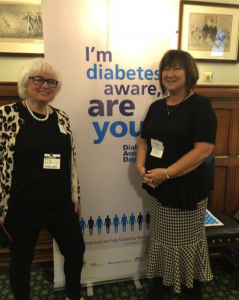 TREND-UK’s June James and Debbie Hicks at the event

The All Party Parliamentary Group for Diabetes staged the Diabetes Awareness Day event on Wednesday, October 31, with more than 25 politicians attending the open meeting.

They got to learn the percentages of people receiving all eight care processes and also those achieving targets for HbA1c, blood pressure and cholesterol on their patches. Every attendee was invited to have a health check for the three targets too.

With a focus on type 2 diabetes, attendees also learned about the importance of the care processes in avoiding complications.

June said: “We were promoting the fact that people need eight health checks to help them avoid complications and how each constituency was performing. We talked the MPs through the information relating to their constituency, signposted them and also pressed on them the need to prioritise diabetes.”

The attendees also included a Baroness and twos Lords and researchers and staff members of MPs who were unable to attend.