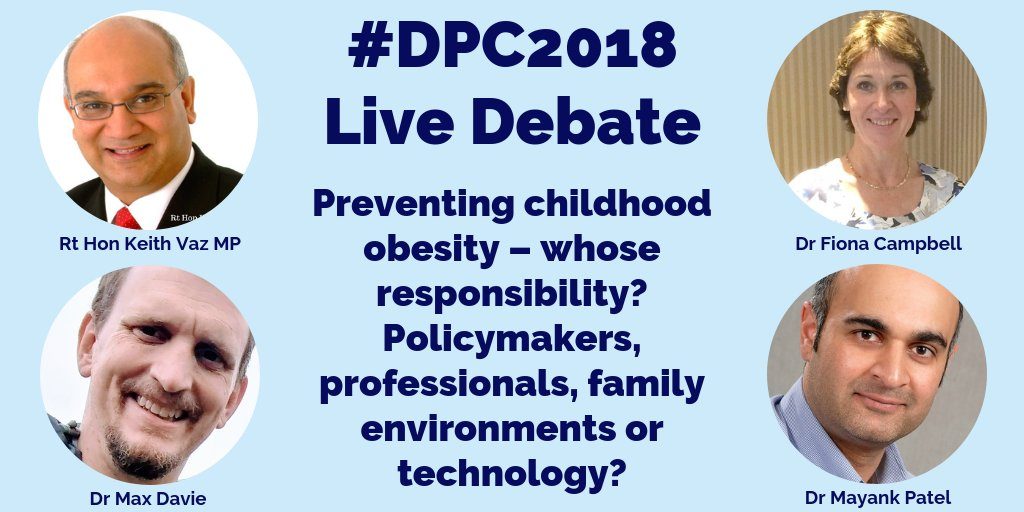 Childhood obesity to be debated at Diabetes Professional Care

The future of our children’s health is “dangerously at risk” if we do not work together to tackle to the “sugar curse”, according to the founder of Diabetes Professional Care.

Recent figures have shown more than 20 per cent of 10 and 11 years olds are now classed as severely overweight just before they leave primary school.

That is why Diabetes Professional Care 2018 (DPC2018) has added a Live Debate dedicated to the subject with top experts from within the field to its programme.

Maggie Meer, who founded DPC after being disappointed at the standard of care she received after her type 2 diagnosis in 2002, said: “We knew that childhood obesity is a significant problem, but what are we doing about fighting the sugar curse we’re being plagued with? Type 2 diabetes is a condition commonly associated with poor lifestyle and the future of our children’s health is dangerously at risk if we don’t take urgent action now.

“DPC is at the heart of sharing good practice and tackling subjects that need to be addressed within the field of diabetes. We’re confident our live debate is going to be engaging, thought provoking and mark the start of overturning the way our doctors, nurses, teachers, community leaders and anyone else involved in looking after children, approach obesity.”

According to NHS Digital figures, there are currently about 116,000 children who are obese and figures have risen since 2009/10 by 1.4 per cent.

Numbers released earlier this year, by the Royal College of Paediatrics and Child Health (RCPCH) indicated type 2 figures were also on the rise among young people.

The findings, which were based on data collected from paediatric diabetes units at hospitals across England and Wales, showed the number of people aged up to 25 with the condition increased from 507 in 2013-14 to 715 in 2016-17 – a 41 per cent rise.

Maggie added: “Many of us know that type 2 diabetes can be avoided through a combination of diet, exercise and education but, sadly, it seems the younger generation have missed out on being told these vital health tips, so we need to find the best way to get the message across, before it’s too late.”

DPC2018 will also address this important topic outside the Live Debate, with sessions throughout the programme – including the Paediatric to Adolescent and Crossover Care and Diabetes Prevention & Obesity in Practice conference streams.

DPC2018 is the UK’s only national, free-to-attend and CPD-accredited conference for healthcare professionals involved in the prevention, treatment and management of diabetes, and its related conditions.

Taking place at London’s Olympia on 14 and 15 November, it invites delegates to attend presentations and workshops on a variety of topics, such as the childhood obesity strategy, type 2 diabetes reversal and diabetes burnouts.

To book a free place at the conference, click here.