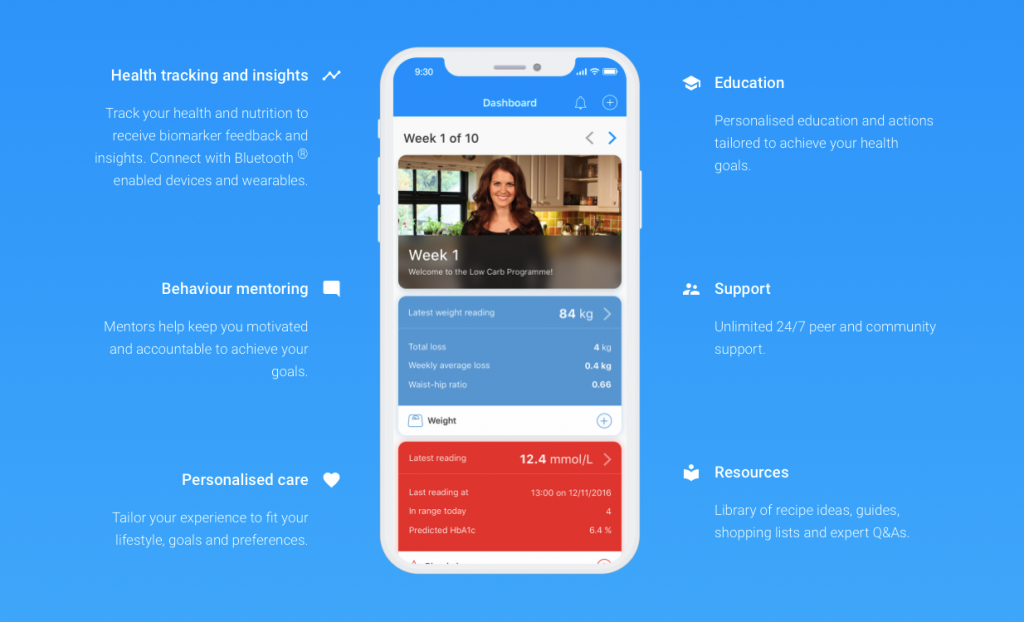 The online platform was launched on World Diabetes Day in 2015 by Diabetes.co.uk to help people prevent or reverse type 2 diabetes by advocating a diet low in carbohydrate and high in healthy fats.

So far more than 360,000 people have registered to take part in the digital health intervention, which has won multiple awards and recently received a CE Mark and QISMET approval to be prescribed on the NHS.

I am so proud to see the impact of the Low Carb Program published for the world to see and it is really exciting to share the one-year outcomes. Charlotte Summers of Diabetes.co.uk

To evaluate its effectiveness a team of researchers reviewed one-year outcomes of the Low Carb Program, with the findings published by the Journal of Medical Internet Research.

They randomly selected 1,000 participants who had been diagnosed with type 2 diabetes and then followed these people up 12 months on from registering with the platform. The results showed that overall blood sugar control and weight loss had improved, especially for participants who had completed all of the program’s 10 modules.

A total of 26.2 per cent of the 743 participants with a starting HbA1c of 47.5 mmol/mol (6.5 per cent)  or above lowered their HbA1c while taking no glucose-lowering medication or just metformin. Of the people who were on at least one therapy for their type 2 diabetes, 40.4 per cent reduced one or more of their medications.

The review team was was led by University of Michigan’s Dr Laura R Saslow, and also included Chief Operating Officer of Diabetes.co.uk Charlotte Summers along with Dr David Unwin, a GP renowned for advocating low carb and also a member of the Advisory Panel of Diabetes.co.uk.

The researchers concluded: “Especially for participants who fully engage, an online program that teaches a carbohydrate-reduced diet to adults with type 2 diabetes can be effective for glycemic control, weight loss, and reducing hypoglycemic medications.”

Ms Summers said: “I am so proud to see the impact of the Low Carb Program published for the world to see and it is really exciting to share the one-year outcomes.”

Editor of Diabetes.co.uk Benedict Jephcote, who was also the Low Carb Program lead writer, added: “It has been amazing that people with type 2 diabetes have been able to achieve such fantastic results that will benefit their health and lives for years to come.”