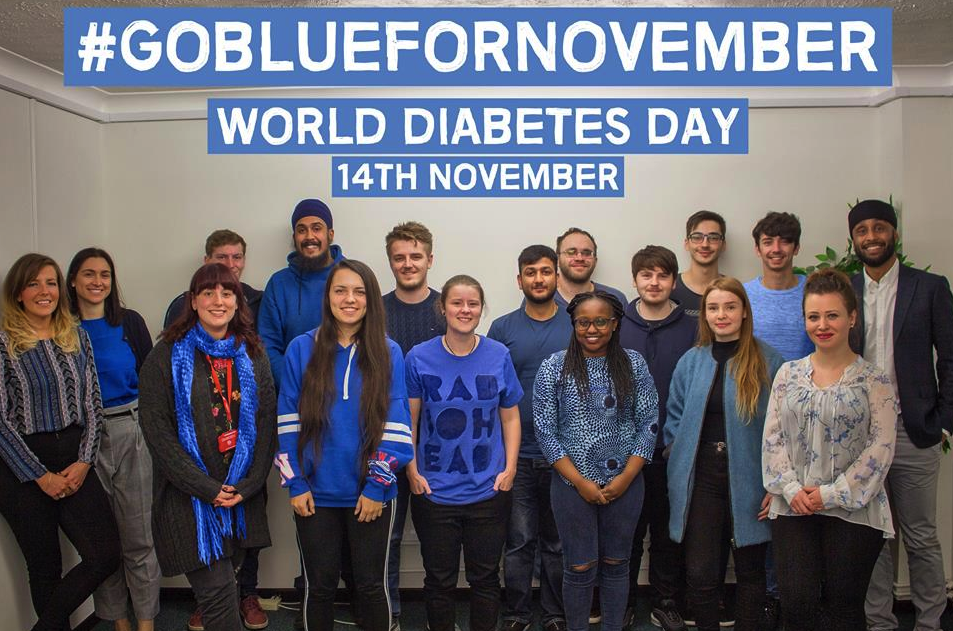 People have been sharing their stories on social media throughout November as part of Diabetes Awareness Month.

The annual campaign was launched by the world’s largest online diabetes forum Diabetes.co.uk in bid to maintain the awareness created on World Diabetes Day (WDD) on November 14.

Diabetes Awareness Month is now in its third year and people were asked to upload selfie pictures and their diabetes stories to social media alongside the hashtags #FacesOfDiabetes and #BlueNovember to encourage everyone to talk more openly about their condition.

In the meantime figures released on WDD by the International Diabetes Federation (IDF) suggested there are currently 425 million adults worldwide living with diabetes, of which 90 per cent are type 2 diabetes.

The data was published in the eighth edition of the Diabetes Atlas, reiterating the need for urgent action in reducing diabetes rates around the world.

This year’s theme for the day-long campaign was women and diabetes. The newly released data also revealed the disproportionate impact of diabetes in the female population with more than 200 million women living with diabetes.

Dr Nam Cho, IDF president-elect and chair of the IDF Diabetes Atlas committee, said: “Diabetes causes devastating personal suffering and drives families into poverty. There is urgency for more collective, multi-sectoral action to improve diabetes outcomes and reduce the global burden of diabetes. If we do not act in time to prevent type 2 diabetes and improve management of all types of diabetes, we place the livelihood of future generations at risk.”