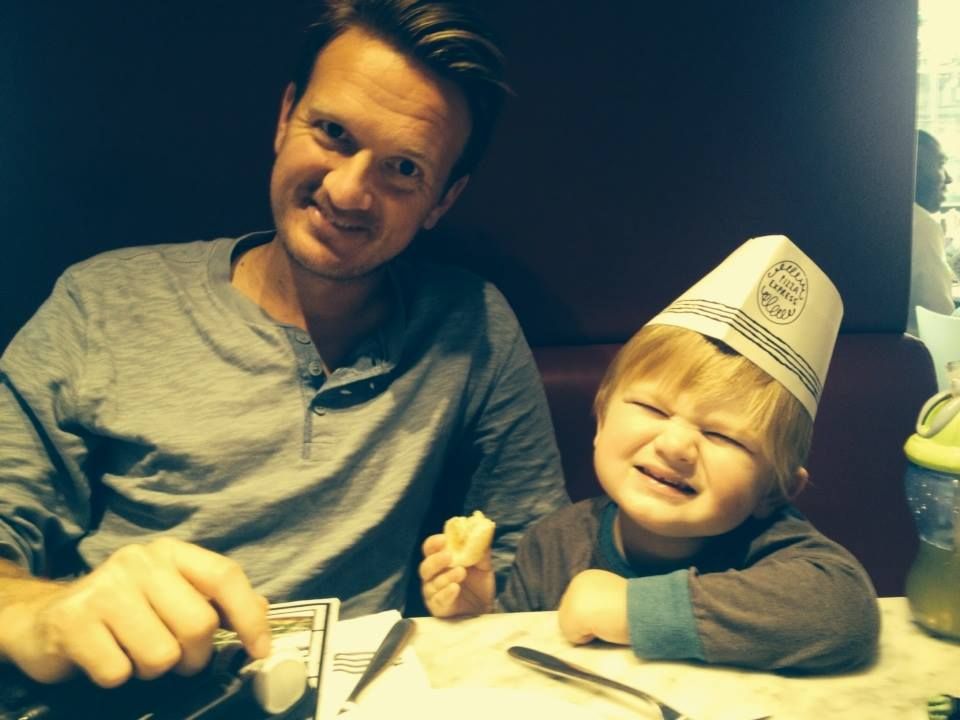 Running 78.6 miles in total, the 37-year-old’s challenge was inspired by his three year old son George who lives with the condition.

Simon raised awareness of the daily endurance and effort required by children and their families to manage this life-long condition. And will be raising funds for Type 1 diabetes charity JDRF.

Every marathon completed symbolised each year that George has had Type 1 diabetes. His run started at Evelina London Children’s Hospital in Lambeth, which saved George’s life when he was diagnosed. Simon then ran to Richmond where his family live, for nine laps of Richmond Park cycle path. He finished at The Albert Pub in Kingston.

Type 1 diabetes is a demanding condition to live with. Young George must have his blood sugar levels monitored multiple times daily, and must take insulin every day to stay alive. What’s more, George’s condition has taken a toll on father Simon.

Simon – a Pearson Award winner who had his play ‘Tomorrow’ produced at the National Theatre this year – said: “For George, living with Type 1 diabetes is like taking part in an endurance race, every single day of his life, at the same time as trying to live the life of every other normal child. There is no break from it. It is relentless. It is exhausting, and it will never stop until there is a cure.

For George, living with Type 1 diabetes is like taking part in an endurance race

“Part of the problem of living with Type 1 is that it’s largely invisible to others, and so the daily struggle kids like George face, is hidden. I want to draw attention to the marathon challenge of living with the condition – for kids and their families. Three marathons will cause me quite a bit of pain. The last marathon will break me. But it will be temporary. And I will get to the end. For George the marathon has no finish line.”

You can learn more by visiting Simon’s website – www.runfortype1.org – where you can also watch and read his moving videos and blog posts about his run, and George, his inspiration.

Louise Ingham, Development Manager at JDRF, said: “Type 1 diabetes is a serious condition that requires constant management – and it’s unfortunately on the rise in the UK. A child diagnosed with Type 1 diabetes at the age of five faces up to 19,000 injections and 50,000 finger prick blood tests by the time they are 18.

“Finding a cure for Type 1 diabetes is just a matter of time, money and excellent research. So my biggest thanks go to Simon for his tireless efforts in helping to get us there. We wish him the best of luck for his challenge.”

The facts about George’s condition and the impact it has on him and his family: