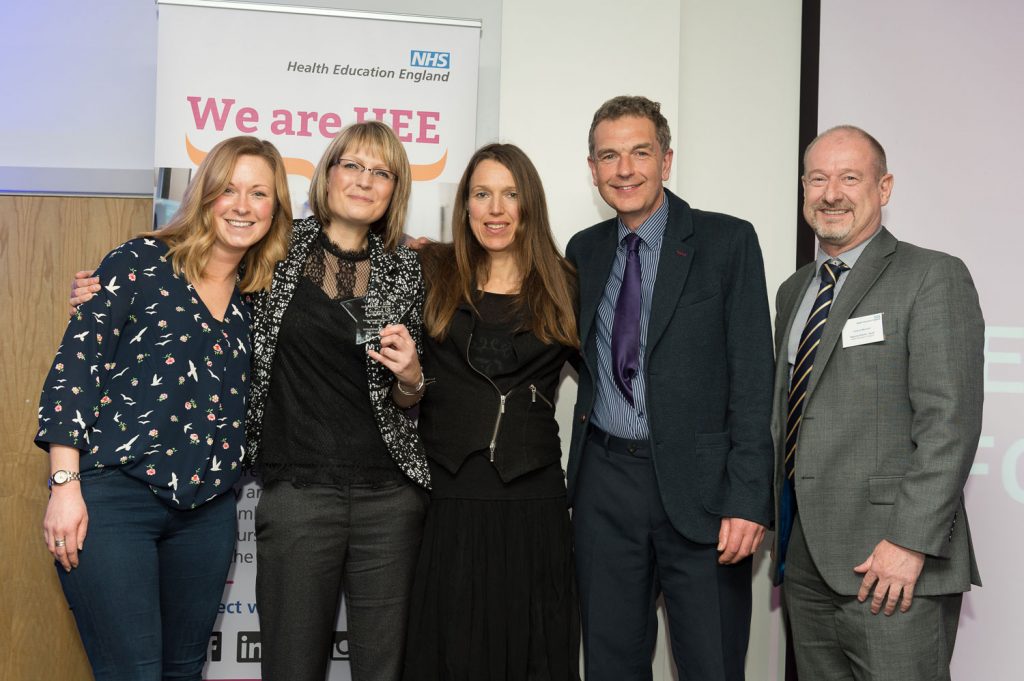 A diabetes footcare initiative in Exeter has won a top NHS award for lowering amputation rates below the national average.

The Integrated Diabetic Footcare Faculty (IDFF), which was set up in 2012, scooped the NHS Health Education England Innovation Champion Star Award in March.

Sarah Clauson, who is a complex care and rheumatology podiatrist at the Royal Devon and Exeter Foundation Trust, said: “The reason given at the award ceremony was that we are a voluntary organisation which is thought to have contributed to lowering the amputation rate in East Devon from 1.4 in 2012 to 0.6 in 2017, which is lower than the national average of 0.8.” 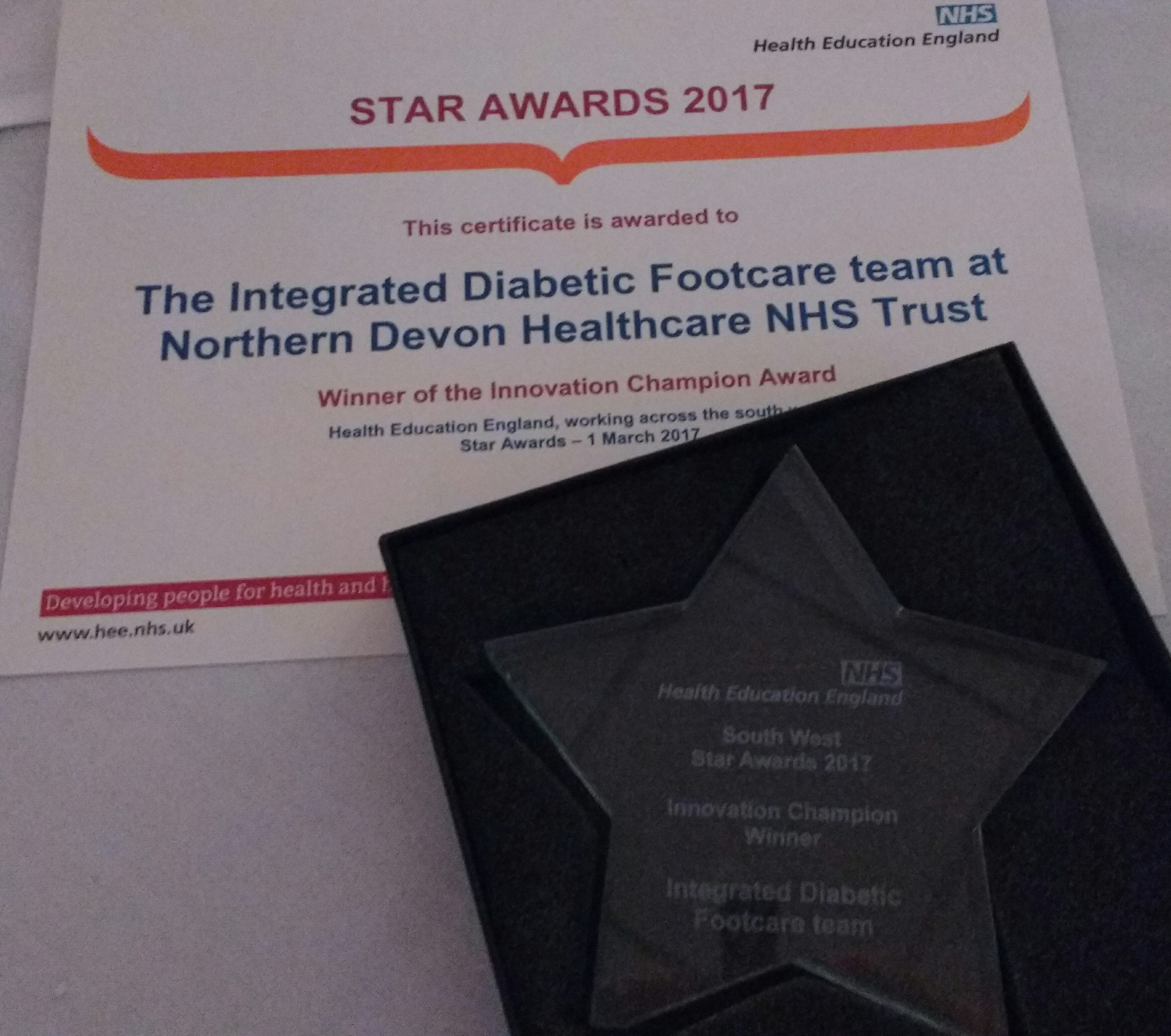 The IDFF is a proactive, podiatry led network of healthcare professionals who focus on structured education and service development.

Initial audits which were carried out showed 26 per cent of practice and community nurses had received education in diabetic foot assessments and only 25 per cent of 100 consecutive podiatry notes in East Devon had recorded any form of patient education. A route cause analysis further revealed 52 per cent of minor amputations were potentially linked to late referral.

In response to these findings, the team developed a range of educational tools for healthcare professionals, which included a 10 step prompt poster series.

In November 2015 they also launched an eLearning education package to provide healthcare professionals with an annual update in diabetic foot assessments.

The eLearning package allows users to work through the stages involved in a diabetic foot assessment, complete knowledge check-points and provides guidance on individual risk statuses which form the local diabetic footcare pathway.

The IDFF education tools have also been extended to patients via a structured education package. This is used during annual foot assessments to remind patients about vital foot healthcare and to prompt discussion.

Emergency access cards have also been developed to provide patients with contact information and include guidance for practitioners on appropriate investigations and referrals should they require urgent care.

The IDFF model has now been replicated by other healthcare professionals within the south west to develop similar networks.

Further audits carried out since, have revealed that recording of patient education had improved with a 100 per cent of a 100 consecutive podiatry notes in East Devon having structured education recorded against just 25 per cent in 2012.

Of the patient notes audited, 78 per cent had education delivered via the 10 step prompt poster series and 98 per cent had been issued with an Emergency Access Card.

The team have also developed flyers for nursing homes and healthcare professionals to advertise the eLearning and resource folder. These are currently being sent to all GP practices, practice and community nurses within Mid and East Devon and nursing homes.

Miss Clauson outlined the future plans of the faculty. She said: “We are looking for opportunities to work in conjunction with pan peninsula medical school and college of nursing to train first year students via the eLearning. We would like to see a national standard set for education and we aim to contact the Society of Chiropodists and Podiatrists to help develop this.

“Our chair Sue Pyle has also worked with Diabetes UK to develop a document that is an example of best practice of developing a network and will be published in the September issue of the Diabetic Foot journal.”

The Star Awards recognises the very best in education and training across the health and care sector in the south west. They celebrate individuals or teams providing healthcare or public health services for NHS patients and service users in NHS trusts, general practice, local authority, education and independent or private settings including those providing pharmacy, dental and optometry services. IDFF contact can me made via sclauson@nhs.net