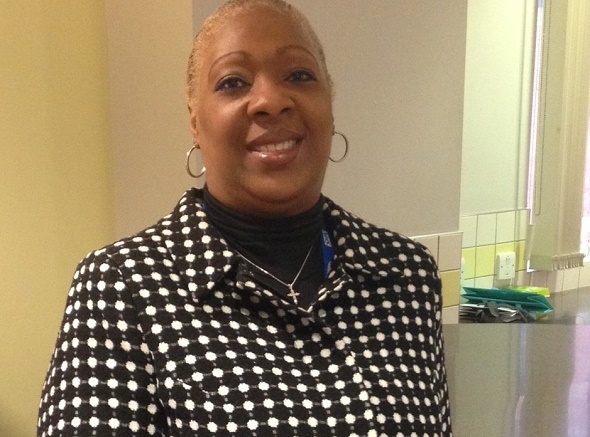 A woman with type 2 diabetes has said she “wishes” the National Diabetes Prevention Programme (NHS DPP) had been around before her diagnosis.

The DPP is a joint initiative between NHS England, Public Health England (PHE) and Diabetes UK.  It aims to significantly reduce the four million people in England otherwise expected to have type 2 diabetes by 2025.

Dawn Liburd, from Leeds, said she was “shocked” to discover she was considered at high risk of developing type 2 diabetes following a routine blood test in her late 40s.

“I couldn’t believe it when the doctor told me. A couple of my family members have it and it’s a really serious condition. If you don’t look after yourself, there can be serious consequences.”

Dawn, 50, said she did not want to take medication for the rest of her life and was “determined to keep the disease at bay”, so she embarked upon a healthier lifestyle.

I wish the NHS DPP had been around two and a half years ago, when I was in the high risk category because I would have grasped it with both hands

“When I was told of the potential dangers, it was a no brainer for me. I changed my diet, cutting out a lot of carbs and sugar and made simple but effective changes to my daily routine, so I was getting more exercise. I felt great and knew it was doing me some good.

“With some straightforward and uncomplicated changes I managed to keep the disease at bay for two and a half years.”

But after admitting she had allowed her healthy lifestyle to decline, Dawn was eventually diagnosed with type 2 shortly after her 50th birthday.

She said: “I was gutted. I knew my healthy diet and exercise habits weren’t as good as they had been but I didn’t think they’d tip me over the edge. However I’d managed to stave off the disease which I thought was really good. Knowing that I’ve done it before, I am determined to do it again. But I want other people to do the same.

“I wish the NHS DPP had been around two and a half years ago, when I was in the high risk category because I would have grasped it with both hands.”

Dawn, who works in the NHS herself, added: “I want anyone offered the chance to grasp it with both hands and be part of it. It combines education and exercise specifically tailored for people at risk of the condition and is being offered locally in different ways in seven areas of the country.”

The NHS DPP was set up because it is estimated a large proportion of type 2 diabetes could be prevented. It will initially target up to 10,000 people who have been categorised as high risk of developing type 2 diabetes before being rolled out nationally.

England will be the first country to implement a national evidence-based diabetes prevention programme at scale, delivering on the commitment set out in the NHS Forward View and PHE’s Evidence into Action last year.

Dawn is once again focussing on her health and has started aqua aerobics and eating a better diet.

“I firmly believe that you have to look after your own health and well-being. I don’t want to suffer ill health because I didn’t follow simple advice. My aim is to get off the medication and go back to managing my condition, like I did before. It’s a lifestyle change and I don’t want to have to endure any complications because I’ve not looked after myself. Why get to that stage? I’m taking action to beat the disease.”