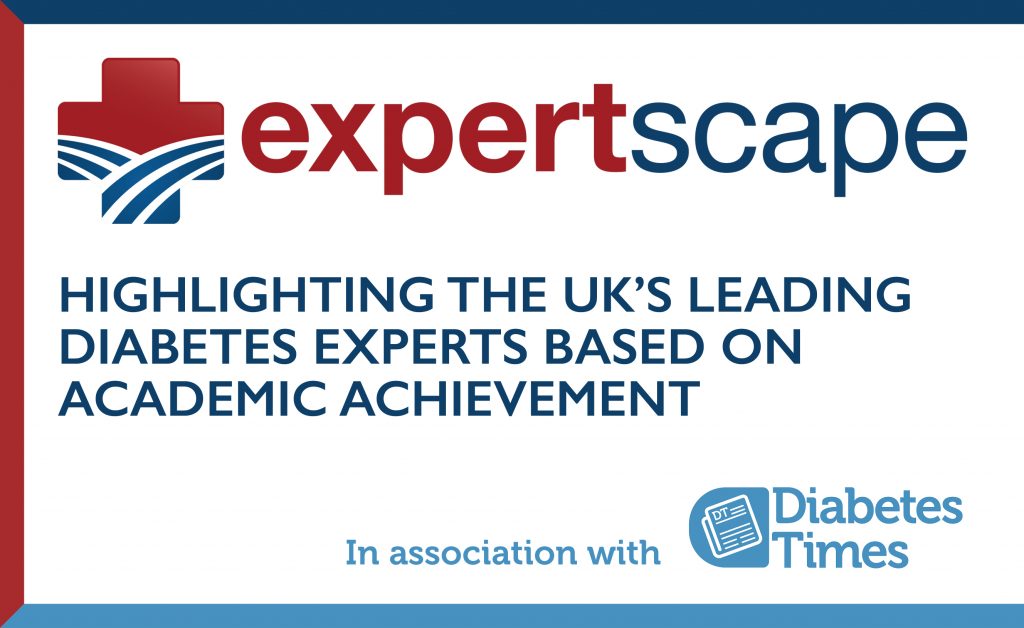 The UK’s 25 most influential researchers who study diabetes complications have been named.

The ‘Leaders in Diabetes Complications’ list is based on the impact of the research published by the authors and is part of a new DT series.

The Diabetes Times has teamed up with Expertscape, the world’s leading index of academic achievement and expertise in healthcare, to highlight the UK’s leading diabetes experts. To arrive at its rankings, Expertscape bases the results on scientific publications.

In December, we published the most influential UK researchers in type 1 diabetes and today we are celebrating the both leading researchers and institutions in the field of diabetes complications.

Professor Andrew Boulton, from Manchester Royal Infirmary, who has a special interest in diabetes and its complications, was ranked as the number one researcher, while Professor Rayaz Malik, whose research focuses include diabetic neuropathy, came in second and footcare expert, Professor William Jeffcoate, of Nottingham University Hospitals NHS Trust, was third. University of Oxford was ranked as the number one institution and the University of Manchester was second, with UCL third.

Brendan McAdams, Managing Partner of Expertscape, said: “It’s great to see such a concentration of knowledge in the UK, which is a testament to the research and treatment being done here. We are proud to be working with the Diabetes Times on this, and our compliments and thanks go out to the leading impactors and institutions in the UK for their effort and accomplishment in the field of diabetes.”

With this process, Expertscape has developed a repository of experts across thousands of topics, with results that are 100% objective, timely, granular and specific, which make them a reliable tool for the patient or referring physician in search of a second opinion or an expert consult.