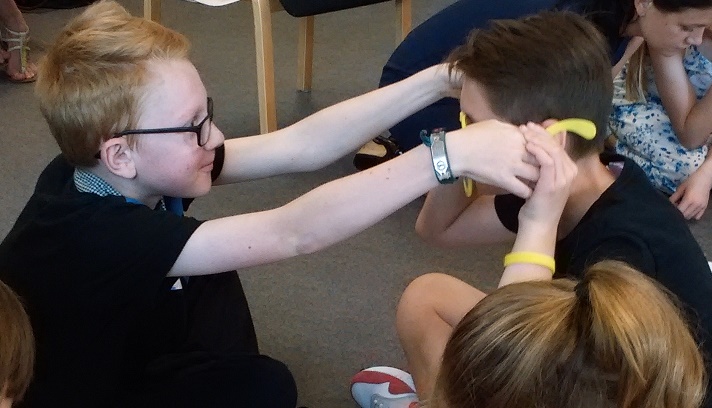 A total of 50 children in Kent have participated in a brand new course targeting students with diabetes before they move to secondary school.

The paediatric structured education programme, 627, was created to help prepare year six students for the transition into year seven at their new school.

Jenny Endean, a paediatric diabetes specialist nurse from Maidstone Hospital who helped co-ordinate the programme, said: “As a team we agreed that children cope differently with the challenge of moving to secondary school and that by preparing the children with skills to cope and understand the differences we could improve their ability to cope and to continue to manage their diabetes confidently.

“In primary school the children know that their friends and the staff understand their diabetes; it is the norm. In secondary school they may have to travel a distance to get there, be in a much larger school environment, have to cope with carbohydrate counting canteen food and be meeting many new staff and peers who may not have experience of diabetes.

“All of these differences can lead to pupils becoming self-conscious about the practical aspects of blood glucose monitoring and injecting or using their insulin pumps in front of new people. Children with diabetes sometimes struggle to explain their condition to new people and say that they feel different and that they just want to fit in. Ultimately this affects confidence and their diabetes control.” 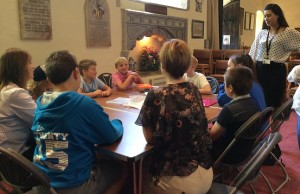 The course was held at different venues across the county

The 627 programme, which lasted a day, focused on dealing with the issues the children will be facing. The sessions were based on educational games that would be memorable and fun which seemed to capture the competitiveness of the age group.

Some of the activities included making a monster out of newspaper as an ice breaker and the rucksack challenge which included teams filling their school bags with everything on the timetable.

They also had opportunities to discuss their concerns together and the psychologists lead a session which allowed the children to see different perspectives on scenarios and gave them strategies they may want to think about using.

They were also able to prove their knowledge at the end of the day by playing diaquizicle against the clock!

An invitation to the course was sent out to the year 6 children and an explanation of the day was sent to parents and schools.

The one day course was run six times in different venues across Kent.

Jenny said: “So far all the feedback has been positive and all the children enjoyed the day. We will be rolling this out every year because it was so successful and we think it’s so important to get the children ready for their move to secondary school and to help them to feel able to manage their diabetes, no matter what!”

So far all the feedback has been really positive and all the children really enjoyed it.

The project was funded by the South East Strategic Clinical Network (SCN).

Dr David Lipscomb the diabetes clinical lead for the SCN said: “The South East SCN has prioritised supporting patient education across Kent, Surrey and Sussex. We are delighted to have been able to support this proactive team in Kent and Medway.

“The 627 programme is a fantastic opportunity to enable children to have the confidence to manage their own condition which will ensure that diabetes doesn’t prevent them from having rich, full and healthy lives.”

Suzanne Lucas, who was the project lead, said: “It has been brilliant to see how the children’s confidence developed through the activities of the day’s course and feedback from the parents has demonstrated that the children felt better equipped to face the challenges of their move to a new school.

“Whilst some of the children had not been sure whether they wanted to attend the day beforehand all of them were pleased that they had attended and would recommend the day to other children.

“The programme has been developed to meet the NICE criteria for structured patient education and the pilot days held in 2015 will be further refined for 2016 so that the programme can be submitted for certification.

“This certification assures commissioners, patients and carers that the programme meets the highest standard for quality. This initiative couldn’t have happened without the vision of the South East Strategic Clinical Network and further benefitted from the support of the Paula Carr Trust who provided administrative help as well as some ‘goodies’ for the children on the day.”