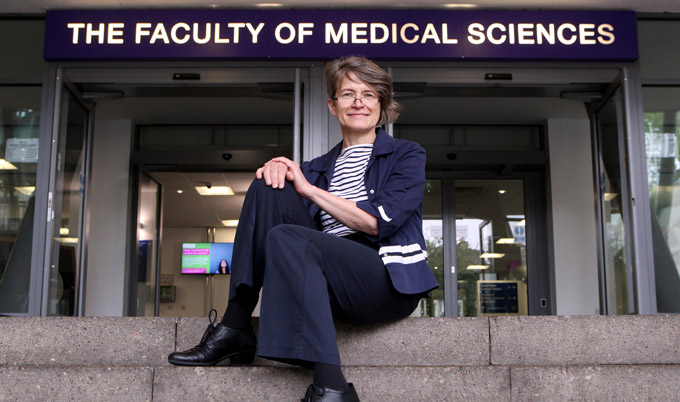 A drug commonly used for type 2 diabetes could delay or help slow the development of heart disease in those with type 1, a study has suggested.

Dr Jolanta Weaver, a senior lecturer in diabetes medicine at Newcastle University and honorary consultant diabetologist at Queen Elizabeth Hospital in Gateshead, said: “As the outcomes of heart disease is worse in diabetic versus non-diabetic patients, there is a need to identify additional treatment options.

“Metformin could routinely be used by patients with type 1 diabetes to help lower their chances of developing heart disease, by increasing a repair mechanism created by vascular stem cells released from the bone marrow.

We have established the drug increases patients own vascular stem cells, which will help delay or slowdown heart disease

“Our research is an exciting step forward as it may have positive clinical implications for patients with increased risk of cardiovascular disease by improving their treatment options.

More than half of fatalities in people with diabetes are caused by heart disease so anything that could delay the condition could be a significant breakthrough, researchers said.

Dr Weaver said: “For the first time, this study has shown metformin has additional benefit beyond improving diabetes control when given to patients with relatively well controlled type 1 diabetes.

“We have established the drug increases patients own vascular stem cells, which will help delay or slowdown heart disease, when compared to type 1 diabetes patients who took insulin alone.

“Our findings also show that the cells associated with damaged blood vessels were reduced, confirming that the repair of blood vessels was taking place in our patients.” In our study we aimed to reduce heart disease without lowering glucose control to a very tight levels and causing hypoglycaemic attacks in patients with already relatively good control.

A  total of 23 people who had lived with type 1 diabetes for up to 23 years and had no evidence of heart disease were given metformin in varied doses.

The participants were matched with nine patients within the same age bracket who took standard insulin treatment alone and 23 healthy non-diabetic people aged 20-64.

Participants were advised to adjust their insulin to keep blood glucose levels safe.

We have shown that all our patients in the study had their insulin doses reduced after taking metformin and have not suffered any serious adverse effect.

Scientists measured their stem cells directly in the blood and also grew stem cells in a test tube, observing how they behaved. Another cell type was also counted to assess damaged blood vessels.

Experts found that the stem cells of patients who took metformin were able to promote the repair of the blood vessels and there was an improvement in how vascular stem cells worked.

Dr Weaver said: “We have shown that all our patients in the study had their insulin doses reduced after taking metformin and have not suffered any serious adverse effect.

“Patients with type 1 diabetes may wish to consider discussing with their GP the possibility of adding metformin, even at a very low dose, to the insulin that they are taking. However, care needs to be taken to adjust insulin dose to prevent too low glucose levels.”

“The results, which indicate that metformin, a drug commonly used in the treatment of type 2 diabetes, could also have a powerful effect in people with type 1 diabetes is unexpected. We hope that these results can lead to a much larger clinical trial.”