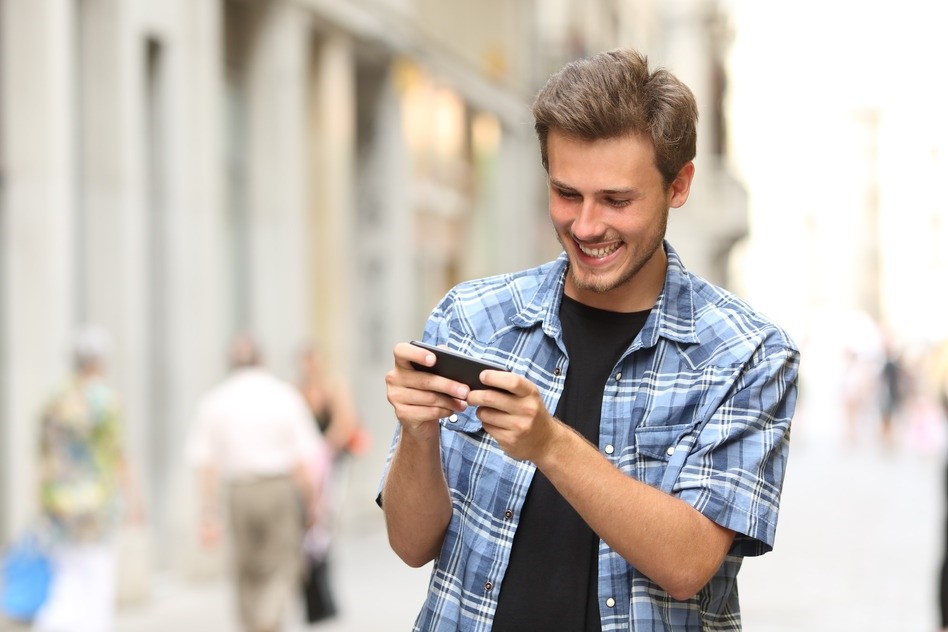 Millions of people have started to play Pokemon, which is a virtual reality treasure hunt where players must walk to places within the real world and catch, train and battle monsters that appear on their mobile phone screens.

Dr Tom Yates, a reader in physical activity, sedentary behaviour and health at the University of Leicester based at the Leicester Diabetes Centre, said: “Recent figures suggest five million people in England are at high risk of developing type 2 diabetes, which is largely associated with physical inactivity obesity.

“I originally thought it was just for kids, but I downloaded it to see what all the fuss was about and for the first time in years I’ve left the house and walked miles just by following what’s going on in the game

“If there is something out there which is getting people off the sofa and pounding the streets then this game could be an innovative solution for rising obesity levels.

“Walking is hugely underrated yet it is man’s best and the cheapest form of exercise. It’s an easy and accessible way to get active and help maintain a healthy body.”

The app was first launched in the US, Australia and New Zealand and has now been released in the UK. It already boasts more active users than dating app Tinder and is tipped to soon overtake social networking site Twitter.

Obesity is the most potent risk factor for type 2 diabetes as it accounts for 80–85 per cent of the overall risk of developing the condition.

The Department of Health recommends that adults should aim to be active every day.

It recommends that over a week, activity should add up to at least 150 minutes (2.5 hours) of moderate exercise in bouts of 10 minutes or more.

Tom Booth, aged 45 from Market Harborough, has become a regular Pokemon Go user, despite suffering from acute social anxiety which has left him rarely able to leave his home.

He said: “I originally thought it was just for kids, but I downloaded it to see what all the fuss was about and for the first time in years I’ve left the house and walked miles just by following what’s going on in the game.

“When I get home, I’m exhausted but it’s actually been great getting out and about and exercising without even realizing that I’m doing it.”

Last year the findings of a study, which was carried out at the Leicester Diabetes Centre, demonstrated the importance of incorporating breaks in prolonged sitting into otherwise sedentary lifestyles.

The research, which was led by University of Leicester researchers working for the NIHR Leicester-Loughborough Diet, Lifestyle and Physical Activity Biomedical Research Unit (BRU), showed that women could prevent developing Type 2 diabetes by regularly standing up or walking.

Published in Diabetes Care, the journal of the American Diabetes Association, the research suggested that breaking up prolonged periods of sitting regularly with five minutes bouts of light movement every 30 minutes significantly reduces blood sugar and insulin levels.

The Leicester Diabetes Centre is an international centre of excellence in diabetes research, education and innovation led by Professor Melanie Davies and Professor Kamlesh Khunti.

BRUs are focused on translational clinical research, taking new ideas from the laboratory bench to the patient’s bedside to improve health.

The Leicester and the Leicester-Loughborough BRU is a national centre of excellence in diet, lifestyle and physical activity. It harnesses the power of experimental science to explore and develop ways to help prevent and treat chronic disease.