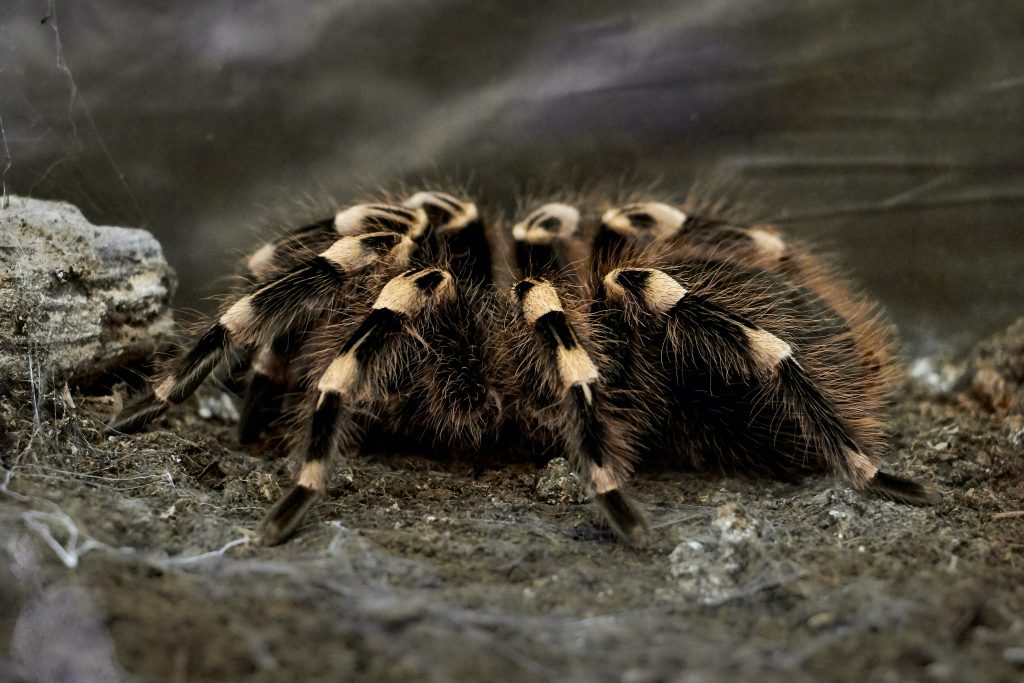 Molecules found in tarantula venom could offer a new treatment option for people living with type 2 diabetes, researchers have said.

The early-stage research, funded by Diabetes UK, found that a molecule called ΔTRTX-Ac1 was able to reduce blood sugar levels and decrease food intake in mice.

The team of researchers, led by Professor Nigel Irwin at Ulster University, have previously uncovered that the venom of the Mexican blonde tarantula can increase insulin production and lower blood sugar levels, but why this happens has not been clear until now.

These new findings, by PhD student Aimee Coulter Parkhill, have pinpointed that this molecule could hold the key.

The researchers developed a synthetic version of ΔTRTX-Ac1, to uncover whether it has the same effect on insulin-producing beta cells of the pancreas in lab conditions, as well as in mice.

They found it increased insulin secretion from pancreatic beta cells in the lab more than two-fold. The venom molecule may be controlling channels on the surface of beta cells, acting as the gatekeeper that allows other molecules to flow in and out of the cells.

When injected into mice alongside glucose, ΔTRTX-Ac1 steadily reduced blood sugar levels over the course of an hour, suggesting it is able to ramp up insulin release in mice, as well as in cells in the lab. ΔTRTX-Ac1 also reduced food intake in mice, suggesting it may act to suppress appetite.

Next, the researchers plan to uncover exactly how ΔTRTX-Ac1 functions, as well as assessing its effectiveness over longer periods of time in animal models of diabetes.

Ms Coulter Parkhill from Ulster University said: “Tarantula venom contains millions of biologically active molecules that may have therapeutic potential. This research highlights one specific molecule from the venom of the Mexican Blonde tarantula which shows promise in treating diabetes. We are excited to follow up on our pilot studies to understand how ΔTRTX-Ac1 could in future help people living with type 2 diabetes.”

Dr Elizabeth Robertson, Director of Research at Diabetes UK, which funded the study, said: “This innovative research has revealed a promising new treatment avenue that could in future help improve or restore beta cell function in people living with type 2 diabetes. It is hoped that research such as this will ultimately lead to the development of new therapies to help people with type 2 diabetes manage their condition better and reduce their risk of serious diabetes-related complications.

“We look forward to further studies to explore whether tarantula venom-based therapy could be developed to be effective and safe in people, providing a new weapon in the armoury for treating type 2 diabetes.”

Photo by Oleg Didenko on Unsplash